Chris D’Elia has been accused of sexually exploiting a minor and soliciting child pornography in a new federal lawsuit. But a spokesperson for the comedian said he denies the accusations.

“Chris denies these allegations and will vigorously defend against them in court,” the spokesperson told Fox News.

Filed in California on behalf of a Jane Doe, the suit — a copy of which was obtained by Fox News — alleges that D’Elia, now 40, sexually abused a 17-year-old girl in 2014. He was also accused of demanding sexually explicit images from her after they met via social media.

Furthermore, the suit alleges that the comedian “psychologically punished” the teen when she refused to follow instructions regarding the images.

According to the court docs, Doe, a fan of the star, messaged D’Elia on Instagram before he suggested they communicate over Snapchat. Messages from the comedian allegedly “became sexual very quickly” and he began to ask for nude images of Doe.

“Ms. Doe sent Defendant D’Elia approximately 5-10 sexually explicit photos and videos of herself before she met him in person,” the suit reads. “Ms. Doe was only 17 years old at the time.” 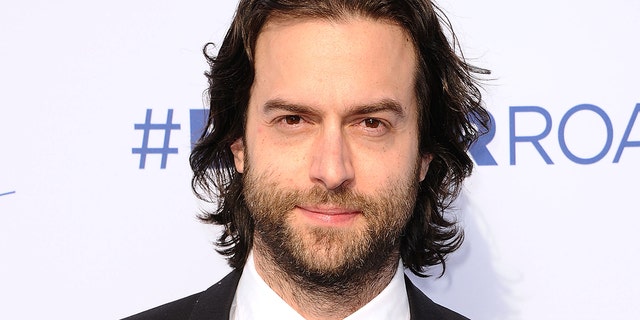 Chris D’Elia has been accused of soliciting child pornography in a new lawsuit filed Tuesday. (Photo by Jason LaVeris/FilmMagic)

The docs allege that D’Elia became incessant that they meet in person, so she planned to attend a stand-up comedy show in Connecticut.

D’Elia allegedly suggested they “hang out” before the show and put “pressure” on the young woman to arrive early. He is accused of inviting Doe up to a specific floor in the hotel-casino he was set to perform at, and she went upstairs with a friend, wary because he did not provide a room number.

According to the suit, Doe sent a message to D’Elia when she and her friend arrived on the correct floor, but D’Elia responded, saying he wouldn’t open his room door until the friend left.

After the friend left, Doe was invited into the hotel room, the peephole of which had a direct view of the elevator. Once in the room, the pair engaged in small talk until D’Elia allegedly began performing sexually explicit acts. 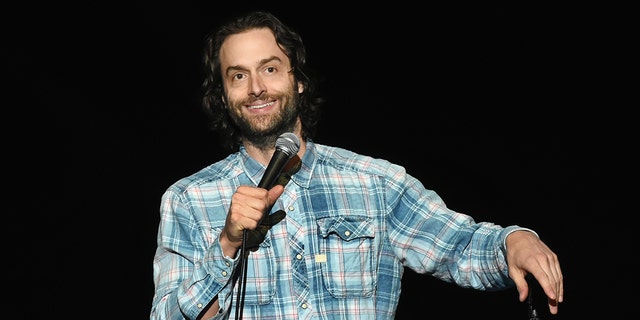 Chris D’Elia allegedly had sexual relations with a 17-year-old before demanding sexually explicit photos and videos from her. (Getty Images)

During their encounter, the suit said Doe made her age explicitly clear several times. He allegedly said that was “hot.”

Having never had sex before, Doe was feeling “confused” about their encounter and returned to the comedian’s room after his show and had another sexual encounter that left her feeling “disgusted and defeated.”

Communication between the two was limited for several months, the suit said, and he allegedly eventually resumed his requests for explicit photos and videos, unfollowing her on social media if she did not comply, and re-following her when she did.

“Over the course of six or seven months, Ms. Doe sent Defendant D’Elia more than 100 sexually explicit photos and videos,” the suit claims. “Of those photos and videos, approximately half of them were while Ms. Doe was a minor.”

Additionally, the comedian was accused of allegedly demanding Doe “have sex with boys her own age, but under the condition that she would send him videos of herself doing so.”

D’Elia allegedly “attacked [Doe’s] self-confidence” and would send her degrading messages when she did not comply with his rules.

According to the docs, D’Elia also would allegedly occasionally suggest Doe have sex with his friends.

Eventually, contact ceased between the two, according to the docs, until Doe sent D’Elia an email in 2019 after seeing him play a comic that preys on young girls in the Netflix show “You.”

In the correspondence, Doe told the star that “she had been too young for what he had done to her and that she would never be in touch with him again.”

The lawsuit comes following multiple sexual misconduct allegations made against D’Elia, which he has denied.

If you or someone you know is suffering from abuse, please contact the National Sexual Assault Hotline at 1-800-656-4673.

Catherine Wreford: The dancer with an ‘invisible disease’

Image copyright Heather Milne Image caption Catherine Wreford and Craig Ramsay will play Lady and Lord Capulet in Romeo and Juliet You could easily go and see Catherine Wreford perform in a show and not know anything was wrong. A professional dancer with a huge number of stage credits to her name, it’s perhaps only […]

Strictly star AJ and his brother attacked at a nightclub

Image copyright Getty Images Strictly Come Dancing pro AJ Pritchard and his younger brother have been attacked at a nightclub in Cheshire. A statement from their family said it was an “unprovoked” assault on a night out with two friends in Nantwich on 27 December. Curtis Pritchard, also a professional dancer, requires knee surgery and […]