Miranda Lambert has taken the stage at the 2021 CMT Music Awards.

The 37-year-old singer-songwriter was introduced by “Girls5Eva” star Busy Philipps, who encouraged fans to enjoy the number, which also featured Jon Randall and Jack Ingram.

The trio performed Lambert’s hit “Tequila Does” at an outdoor setting while sitting around a campfire.

For the number, the Texas-native donned a pair of dark pants, a yellow top, a beige fringed jacket and a dark red brimmed hat.

The gentlemen strummed on their guitars and provided backing vocals for the song.

“Usually every couple of years, when it’s time to write, we’ll disappear and go to a pasture somewhere, and stay for three days and have a fire and just write songs,” Lambert explained in a video package about the song. “A lot of them end up being about Texas, because you’ve got three Texans out there. We wrote ’Tin Man’ together, so we shared that really special moment together. So after that, writing something like ’Tequila Does,’ was kind of like, ’Let’s write a fun one. Let’s write a fun Texas honky tonk song.'”

The tune earned rave reviews from viewers, including from the Eli Young Band.

“Maaaaan, this @mirandalambert, @JackIngram and @jonrandallmusic fireside performance is the kind of vibe we’re trying to have for the rest of the summer,” read a tweet from the band’s official Twitter account.

“Tequila Does is catchy as all hell y’all,” wrote country music duo Southerland.

“Loving me some Miranda Lambert on CMT Awards…” said a fan.

Yet another joked: “Miranda Lambert could smash that guitar on my head and I would say thank you.”

The trio will appear on “CMT Campfire Sessions” on the network on Thursday at 8/7c to perform more music. 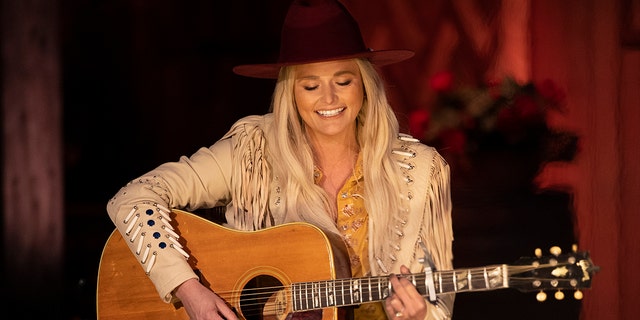 Lambert is one of the evening’s top nominees, having earned four total before being knocked out of the ever-downsizing video of the year category.

Her video “Settling Down” is nominated for both female video of the year and best family feature, which has already been awarded to Taylor Swift for “The Best Day (Taylor’s Version).”

Additionally, Lambert earned a nod for her video for “Drunk (And I Don’t Wanna Go Home),” which she shares with collaborator Elle King.

Image copyright Marvel A new music video from the forthcoming Deadpool 2 has taken fans by surprise with an unlikely star – Celine Dion. The singer performs Ashes, taken from the sequel’s soundtrack – and she’s certainly not doing things by halves. Dion said fans would be “laughing their ashes off” (amazing) at the video. […]

Kelis says she was abused by Nas during their marriage

Image copyright PA Image caption The star said she had decided to speak out to help other women confront their experiences of abuse Pop star Kelis has claimed she was mentally and physically abused during her five-year marriage to rapper Nas. In an hour-long interview, Kelis said the couple frequently traded blows, with Nas sometimes […]