China is looking to new, modern methods in its campaign of patriotic education, according to reports.

The focus on patriotic education has come back into sharp focus as China wrangles with how to handle Hong Kong after its controversial handling of the extradition bill that led to protests that lasted throughout 2019 and the national security law that revived the protests earlier in 2020.

Teenagers and young adults led the charge in the Hong Kong response, with around 40% of the thousands of protesters arrested in 2019 registered as students. 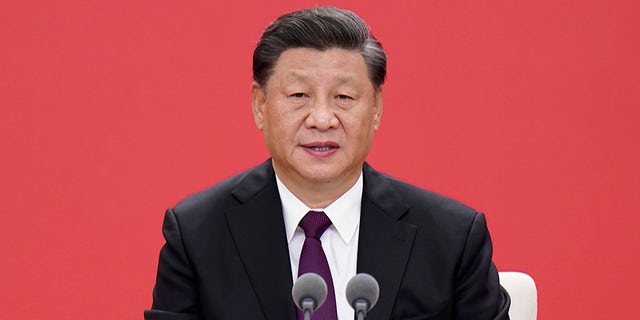 In this photo released by China’s Xinhua News Agency, Chinese President Xi Jinping speaks during an event to commemorate the 40th anniversary of the establishment of the Shenzhen Special Economic Zone in Shenzhen in southern China’s Guangdong Province, Wednesday, Oct. 14, 2020. President Xi Jinping promised Wednesday new steps to back development of China’s biggest tech center, Shenzhen, amid a feud with Washington that has disrupted access to U.S. technology and is fueling ambitions to create Chinese providers. (Zhang Ling/Xinhua via AP)

The government has responded by targeting younger age groups to start their “education,” and the scope of that education is far wider than just residents of Hong Kong.

China has been implementing “sophisticated” programs that are “more blatantly nationalistic” than anything the government has tried in recent memory, according to the Wall Street Journal.

CHINA CLAMPING DOWN ON RESEARCHING INTO ORIGINS OF COVID-19 PANDEMIC

The campaigns cover a range of tools, including social media programs and cartoons for children featuring rabbits in military hats foiling the plots of a villainous bald eagle.

“We need to seize this critical period that determines and forms teenagers’ values and guide them so they can do up life’s first buckle,” President Xi Jinping explained in one August 2018 meeting, according to the WSJ.

An after-school teacher, Cua Chiu-fai, reportedly uses a YouTube channel with 114,000 subscribers to release videos urging parents to push for teachers to lose their license if they have been suspected of fostering the protests and anti-government thinking. The government has applauded Cua’s campaign and message.

“If you’re a teacher and you make your students destroy this place for certain so-called political positions, that’s something we absolutely cannot accept,” one video says, according to Reuters.

About 100 teachers and staffers from primary and secondary education institutions were arrested as part of the protests.

The State Council, China’s cabinet, issued a 9,000-word document that includes instructions for government and party officials to promote media and lessons that align with Xi’s vision of a rejuvenated China.

The Military Correspondent, a news outlet sponsored by the People’s Liberation Army, has urged the military to use social media platforms more, citing them as “gathering places for younger users.”

One kindergarten in the city of Hangzhou added lessons for what it called “military training,” with children, dressed in military fatigues, holding flags and performing salutes, according to the school’s official WeChat social media account.

“As well as their awareness of the importance of national security, thereby developing in them a sense of belonging to the country,” the bureau said, claiming that other nations engage in similar lesson-planning.

The U.S. Pacific Tsunami Warning Center cancelled a tsunami watch Thursday for Hawaii that was issued after a huge earthquake occurred in a remote area between New Zealand and Tonga. The agency previously cancelled a tsunami warning it had issued for American Samoa. The magnitude 8.1 quake struck the Kermadec Islands region. It forced thousands of […]

Why is the military taking control in Burma?

JAKARTA, Indonesia – Burma’s military has taken control of the country under a one-year state of emergency and reports say State Counsellor Aung San Suu Kyi and other government leaders have been detained. Here are some possible reasons why the military has taken over now: FILE – In this May 24, 2017, file photo, Myanmar’s […]